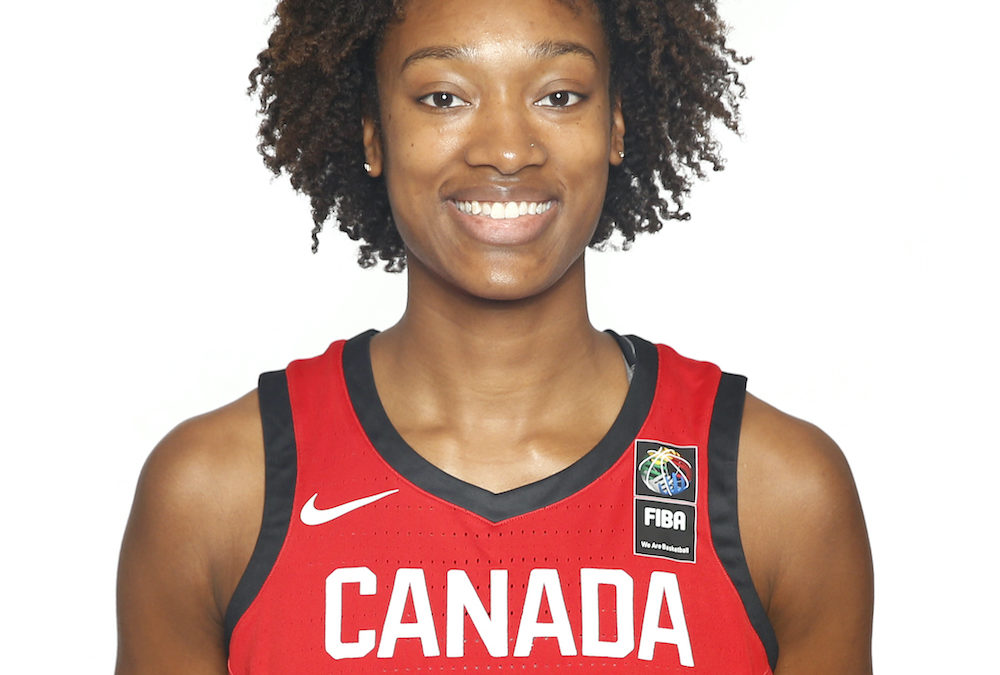 TORONTO, Jan. 10, 2020— The National Basketball Youth Mentorship Program (NBYMP) announced the addition of WNBA player Kayla Alexander as a program mentor and coach. The addition of Alexander to the NBYMP’s roster of mentors allows youth to connect with her through email, audio or video calls whenever they need on and off-court advice. Alexander hails from Milton, Ont. and last played for the Chicago Sky of the Women’s National Basketball Association. After a successful college career with the Syracuse Orange where she became the program’s all-time leader in points, blocks, field goals and games played among other records, she was drafted eighth overall in the 2013 WNBA draft by the San Antonio Stars.
After four years with the Stars, Alexander was traded to the Indiana Fever in 2018 and joined the Sky last summer. Internationally she represents Canada and recently started for them at the FIBA Americup, where she averaged 15.6 points and led the tournament with 10.2 rebounds per game, capturing a silver medal with the team.

“This is something I really wanted to do because I felt like I had a lot of people who supported me and helped me along my journey, so I’d love the opportunity to give back and help out up and coming athletes,” Alexander said. “Now I can help young girls who are coming up in the program, whether they aspire to go to college or whether it just be playing basketball for fun, I can just support them and help them as a basketball player and as a person too.”

On top of being available to help communicate with the young NBYMP athletes, Alexander will also be a coach at upcoming workshops depending on her availability. She will also be involved in community visits and the NBYMP’s upcoming book series. “Her resume sells itself and it’s a huge benefit to have someone of her caliber in the NBYMP,” program founder Kevin Wilson said. “Young females or young athletes in general can look up to her see someone from close to their home who reached the highest level in basketball which is great.”